Guest Blog: World Day Against Trafficking – Supporting the People Most at Risk by Luna Williams

Today marks the seventh annual World Day Against Trafficking in Persons. This day was earmarked by the UN in 2014, with the intention of placing a spotlight on the nature of human trafficking, as well as acknowledging its victims and the protection of their rights.

What is ‘modern slavery’?

Human trafficking – often also referred to as modern slavery – is a global issue. Across the world, millions of vulnerable people fall prey to it every year, with the World Day Against Trafficking’s website indicating that, at any given time, an estimated 2.5 million people are being held in some form as a modern slave. ‘Trafficking’ is a broad term which spans several different definitions. It encompasses many forms, ranging from forced labour to forced marriage. For the sake of measuring data, the National Crime Agency separates trafficking cases into categories.

Around the world, the victims of sexually orientated forms of trafficking are overwhelmingly female. In the UK, governmental data reveals that the first quarter of 2019 (from January to March) alone recorded 773 cases of women and girls being referred as victims of trafficking in Britain. In the ‘domestic servitude’ and ‘sexual exploitation’ categories, 63% and 93% of all victims referred were female, respectively.

Who is most vulnerable?

Victims of trafficking are often selected by perpetrators because they have a lack of access to support networks and have experienced some form of trauma and abuse in their lifetime.

While a number of victims tend to be nationals of the countries they are enslaved in, it is also very common for vulnerable people from overseas to become the targets. This is often the case for asylum seekers, who are fleeing persecution and extreme violence in their home countries. In such circumstances, people’s desperation to escape these places and find a place of safety for themselves and their families means they entrust their lives to people smugglers. These smugglers will often make promises to help individuals get to the UK and claim refuge there. They then usually hold and refuse to return the victim’s documentation under the premise that they can ‘work off’ the debt when they reach a safe country. In the UK, trends have shown the numbers of victim reports for non-British nationals increase, with women and girls from South East Asia, Africa and the Middle East often bearing the brunt of this. Many of these cases see people seeking refuge in Britain trafficked into prostitution rings and forced relationships once they arrive at the border.

According to official UK policy, the UK government has a responsibility to protect and support potential victims of human trafficking. As such, the Home Office is required to create a safe and secure environment for survivors, in which caseworkers can properly evaluate the reports and make a fair and considered decision.

Immigration policies that have been continuously rolled out since the creation of the hostile environment policy in 2012 have meant that this is very often not the case. A so-called ‘culture of disbelief’ has been described by human rights advocates who have placed Home Office practices under the spotlight.

The hostile environment policy was introduced by then home-secretary Theresa May in 2012, with the explicit aim of making the UK a “really hostile environment” for ‘illegal’ migrants. Since its birth, it has caused years worth of re-traumatisation, stress and suffering for migrants and minority communities in the UK. In one Act, rolled out in 2014, protective and essential service-providers – including the police and the NHS – were actively encouraged to report victims and witnesses of crimes and those seeking urgent medical attention to immigration enforcement. This bred long-term systemic racism and xenophobia in the UK, and resulted in many vulnerable people avoiding seeking out support. It is these kinds of policies that place migrant victims of trafficking at risk of falling through the cracks. The nature of human trafficking means that its victims are already cut off from key support networks. Perpetrators know this and target them on this basis; survivor stories even show that abusers directly use immigration status and the threat of deportation as a tool for coercive control, particularly in forced marriages and relationships in which a person is reliant on a Spouse Visa to remain in the UK.

Because of this, it is vitally important that these policies are not only denounced by the British government; they must be completely wiped out. In turn, new policies must be implemented that take into genuine consideration how trafficking victims can be properly supported by authorities. For people without any other means of support, taking the first step and reaching out for help can be almost unimaginable. To combat this, educational methods should be employed so that key service providers are able to recognise the signs of modern slavery in each of its forms. As well as this, clearer and fairer procedures must be introduced, at both the referral and review stages of trafficking cases.

Victims will have already undergone severe trauma during their lifetimes by the time they come to be sat in front of a Home Office caseworker, and because of this they must be given the proper space and support to be able to tell their story. Hostility has no place in the assessment of trafficking survivors; women and girls who have been subjected to such experiences should be treated as humans, not numbers.

Luna Williams is the political correspondent for the Immigration Advice Service, an organisation of immigration lawyers based in the UK and Ireland that provides legal support for asylum seekers, refugees and trafficking survivors. 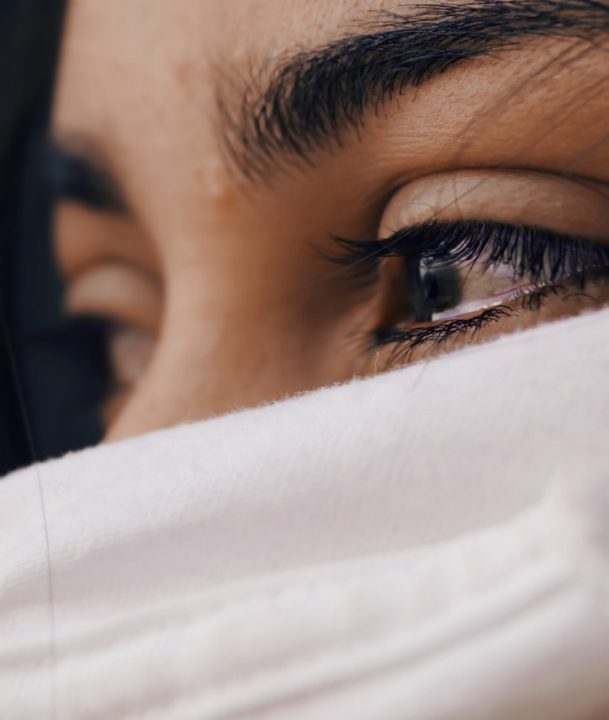