Debunking the CEDAW enigma – an international bill of rights for Women 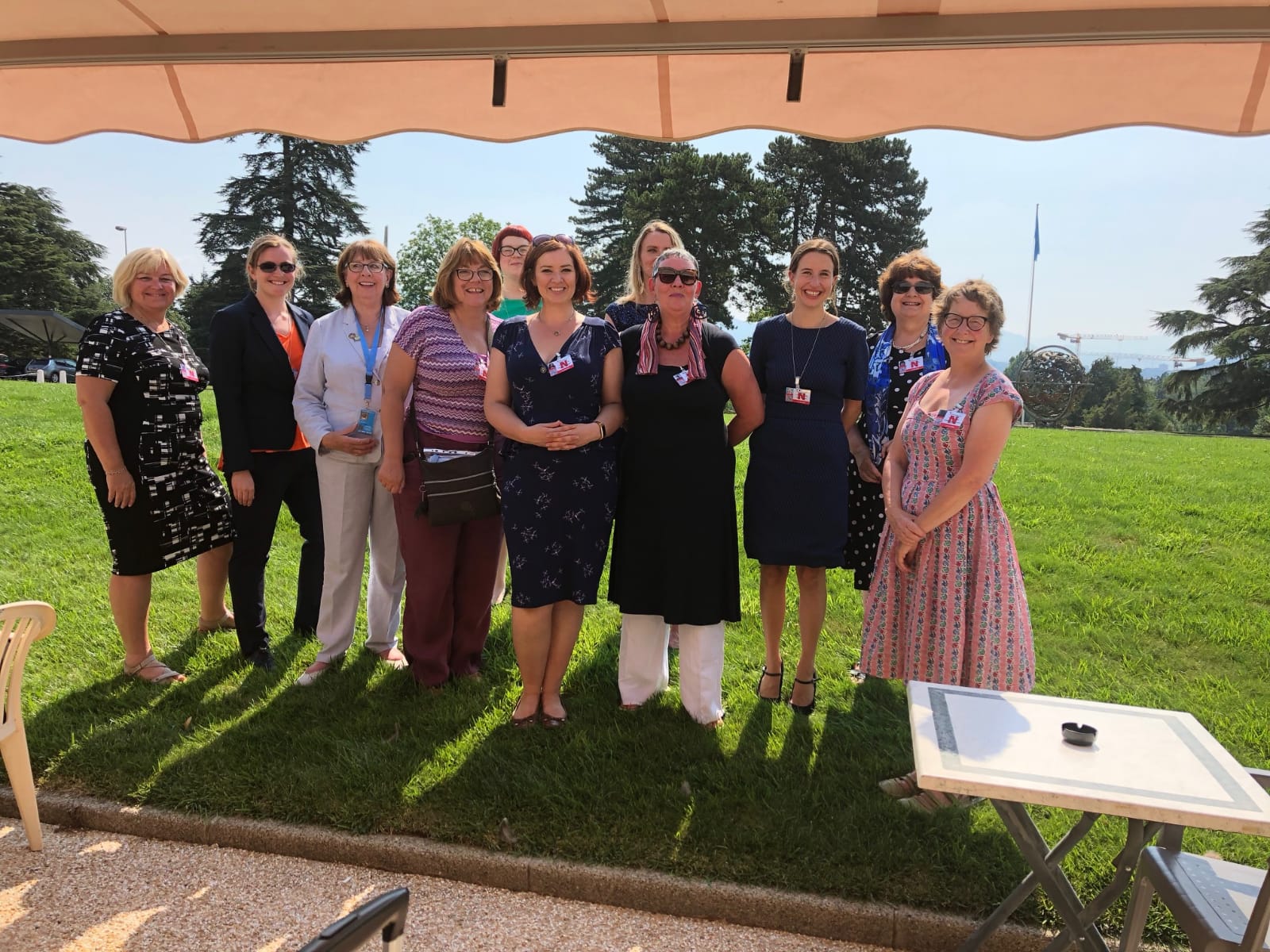 In July, I took a short flight to Geneva armed with two texts – Mary Beard’s Women and Power lectures (a bit of light reading) and WEN Wales’ official CEDAW shadow report: a Wales-specific alternative report on discrimination against women, designed to be read alongside the official state report from the UK Government, and the other shadow reports from various non-government organisations (NGOs).

The UK Government signed up and ratified the CEDAW convention – sometimes described as an international bill for women’s rights – in 1986. Since then, the United Nations has been examining how well the UK is doing in relation to the Convention, which aims to Eliminate all forms of Discrimination Against Women. As you can imagine, in a climate of austerity measures, debates around abortion rights in Northern Ireland, changes to the welfare system, allegations that have emerged from the Me Too and Time’s Up movements and evidenced gender pay gaps, to name but a few inequalities hitting the headlines over the past few months, this is no small task – particularly when Brexit is taking up so much parliamentary time in Westminster.

Each devolved administration also has responsibilities to ensure that CEDAW is upheld, so here in Wales, the Welsh Government will be questioned by the CEDAW Committee at the UN over matters under its jurisdiction: such as childcare, health, education and electoral changes. Similarly, the Scottish Government will be questioned. As for Northern Ireland, as it heads towards a world record-breaking stint without a government, women’s rights are being increasingly side lined as previous strategies and policies run their course without being replaced.

So why was I on a ninety-minute flight to Geneva in the first place? After all the paperwork has been submitted to the UN CEDAW Committee, NGOs from the UK were invited to present their priorities to the Committee members as they prepare for the work ahead – which will culminate in a meeting with the UK and devolved governments in February 2019. The challenge was that all NGOs from across the UK share a very limited time within the meeting to get across rather complex and complicated issues – particularly when areas that are devolved to some areas – such as the judicial system in Scotland – are non-devolved in Wales.

Professor Jackie Jones, who wrote the WEN Wales report after working closely with Ceri Hayes from Gender Matters to gather evidence from women across Wales, also travelled to Geneva with Eleri Evans, and amplified the welsh voice by speaking on behalf of Wales Assembly of Women, where Jackie and Eleri are co-chairs.

In preparation for the meeting, as many UK NGOs as possible gathered together to share our priority areas, to minimise any repetition. I kept WEN Wales’ five key areas to devolved issues only and called on Welsh Government to focus on the following:

1) New Welsh Legislation: Wales has a number of strong new Acts (Violence against Women, Domestic Abuse and Sexual Violence Act, Social Services and Wellbeing Act, Well-being of Future Generations Act, Housing Act, Renting Homes Act) that could improve women’s lives. These need to be implemented as soon as possible, alongside one another and with sufficient funding – which is currently not the case.

2) Ongoing electoral reform: offers opportunities for change in Welsh politics, including job-sharing for Assembly Members and Welsh Ministers, and gender quotas for politicians to enable a gender balanced Assembly in Wales

3) On childcare: Welsh Government must provide enough childcare places for all disabled children, and their childcare offer must work for self-employed, and non-working mothers (not just for working parents) and for children over six months, not just from the age of three

4) Regarding the Violence against Women, Domestic Abuse and Sexual Violence (Wales) Act: Welsh Government must implement a whole systems approach for short and long erm change, and outcomes for all survivors of all forms of violence against women

5) Welsh women experience unequal healthcare: Welsh Government must actively reduce barriers for disabled and LGBT+ women accessing healthcare, invest money into women’s health issues such as menopause and endometriosis, and ensure women are at the decision-making table around health in Wales.

With simultaneous interpreters working full speed, I filled my allotted 1 minute 45 seconds to the brim. But I was in a room with allies, who used their time to create a tapestry of women’s lives from the four corners of the UK – with overviews from Northern Ireland, Scotland and England and others highlighting specific issues such as intersex genital mutilation (IGM) practices in the UK and the legal battle of women from Backto60 fighting the pension discrimination against 1950s women.

National human rights organisations from across the UK, including the Equalities and Human Rights Commission (EHRC) also gave evidence on what the EHRC described as their biggest ever examination into women’s right, which echoed much of what had been said by WEN Wales and our fellow NGOs. WEN Wales’ was fortunate to be funded by both the EHRC and the Baring Foundation to write our CEDAW report and hold CEDAW engagement activities.

Short of time in the session, which also saw oral statements from Columbia, Serbia and on behalf of Ethiopia (whose representative had been denied a visa to attend), the Committee asked UK-specific questions and asked for written answers by the end of the day. Sheltering from the 30-degree heat outside, we gathered together and provided answers on obstacles concerning family law, stereotypes in tabloids, and quotas used in different parts of the UK. With just enough time to gather our bags and head to the airport, we were on the way home again.

So what’s next? WEN Wales will engage again with the CEDAW Committee in February 2019, as they make final preparations towards officially questioning the UK Government, Welsh Government and Scottish Government (and possibly even a Government of Northern Ireland if one is in place). Ultimately, we hope they will put the hard questions to governments, and what will follow are recommendations from the UN CEDAW Committee on how the governments can continue to improve the lives of women across the UK and across administrations.

As austerity continues and Brexit looms over women’s rights – hard won and enshrined in European Union legislation – the CEDAW examination is one important, international tool that we have to hold our governments to account as we continue to drive forward towards a post-CEDAW world, where discrimination against women is a thing of the past. Let’s ensure we use it to full effect in Wales.